Cesare Benedetti (Bora-Hansgrohe) is in Trentino (Italy) where he started his preparations for 2017. The Italian rider summed up this season and talked about Bora-Hansgrohe.

You`re keen on listening to The Beatles. Me too.

Yes, my favourite albums are ‘A Hard Day`s Night’ and ‘Rubber Soul’.

I find it interesting that an Italian fell in love with British music.

My cousin loved The Beatles and gave me one of their albums. My other cousin played the drums and I used to be a bass player for a few years. I attended a regular school, a music school and rode my bike so I had to make a choice and focus on one thing. I decided to become a professional cyclist and I don`t regret this decision. You can play music throughout your whole life but a professional cycling career usually lasts only for ten or about fifteen years.

What do you do during the off-season?

Yesterday I came back from Poland where I did my first trainings before 2017. I was riding my bike and doing exercise at the gym. Now I`m waiting for a better weather.

Today it`s rainy. I was in the mountains but without the bike. I like hiking, it`s good training for me. Fortunately, the weather forecast for the next days is good, it will be colder and sunny.

When will Bora-Hansgrohe meet at the training camp?

I train on my own until the 6th December. The first training camp will be in Valencia, in Spain. At the end of December we head off to Majorca. Probably my first race in 2017 will be Challenge Mallorca but I don`t know my calendar for the next season yet.
Do you get together with the new riders in Bora-Hansgrohe?

Yes, I do. In October we met in Bavaria at our headquarters. We had a bike fitting and a get- together. I met Peter Sagan and some Polish riders – Rafal Majka, Maciej Bodnar and Pawel Poljanski.

What is the atmosphere in the team?

The atmosphere is good and I hope it won`t change. I`m afraid that the team will divide itself into the old and the new riders. I hope we`ll be able to get to know each other better. I speak English, Polish and German, so my relationship with the new riders is strong. Team spirit is very important.

You are a friend of Bartosz Huzarski, so I suppose that you like to race with Polish riders.

Yes, I do. It`s always nice to speak Polish. I`m disappointed that Bartosz won`t race in Bora the next year, because he`s my very good friend. I think that it`s a big loss, not only for me but also for the team. He`s a very strong and experienced rider. Rafal Majka shares my views. I don`t know why Bora didn`t renewed the contract with him but I will miss him.

Your team-mate Gregor Mühlberger said that Bora-Hansgrohe with Peter Sagan will be a lot different. He claims that there will be much more media attention and some riders will have to sacrifice their ambitions for the World Champion. Do you agree with that?

Yes, it`s possible but it isn`t a problem for me. Sagan wins a lot and it`s important for the team, for the sponsors, etc. I think that he will have a positive influence on the team in general.

I would like to tell you an interesting story. My friend from Slovakia who sells Bora products told me that after Peter Sagan signed the contract with Bora-Hansgrohe the demand for Bora products increased twice.

I think it will. So far, I`ve had to represented the team in breakaways in order to adevrtise our sponsors, but in 2017 I will probably work for our leaders – Peter Sagan or Rafal Majka. But working for leaders who win gives me satisfaction. Peter Sagan and Rafal Majka are great leaders – not only on the road but off the road as well.

Bora-Hansgrohe has a few GC contenders. Do you think that Leopold König will lead the team in Tour de France?

It`s possible that Rafal will lead the team in the Giro and Leo during the Tour but I have no confirmed information about that. We have Emanuel Buchmann who was 21st in this year`s Tour de France and he gets more experienced every year. Maybe he will be a GC contender some day. But it won`t be easy, because Rafal and Leo are very good riders.

Are you going to participate in the Tour next year?

The team for the Tour will be built around Peter so it will be difficult for me to join the squad. Maybe I will participate in the Giro or Vuelta.

It was the Tour de France. It`s the biggest and the best race in the world. Every rider dreams about participating in this race and this summer my dream came true. I performed well in the Vuelta where I achieved a few top-ten places and had good legs.

Would you like to represent the Polish National Team?

Yes, I would but apparently I don`t have Polish citizenship. It is not easy for a foreigner to be granted Polish but I think that`s good for Poles (laugh). I don`t feel like an Italian. I come from Trentino and in the past this region belonged to Austria. And what`s most important I have many more fans in Poland than in Italy. 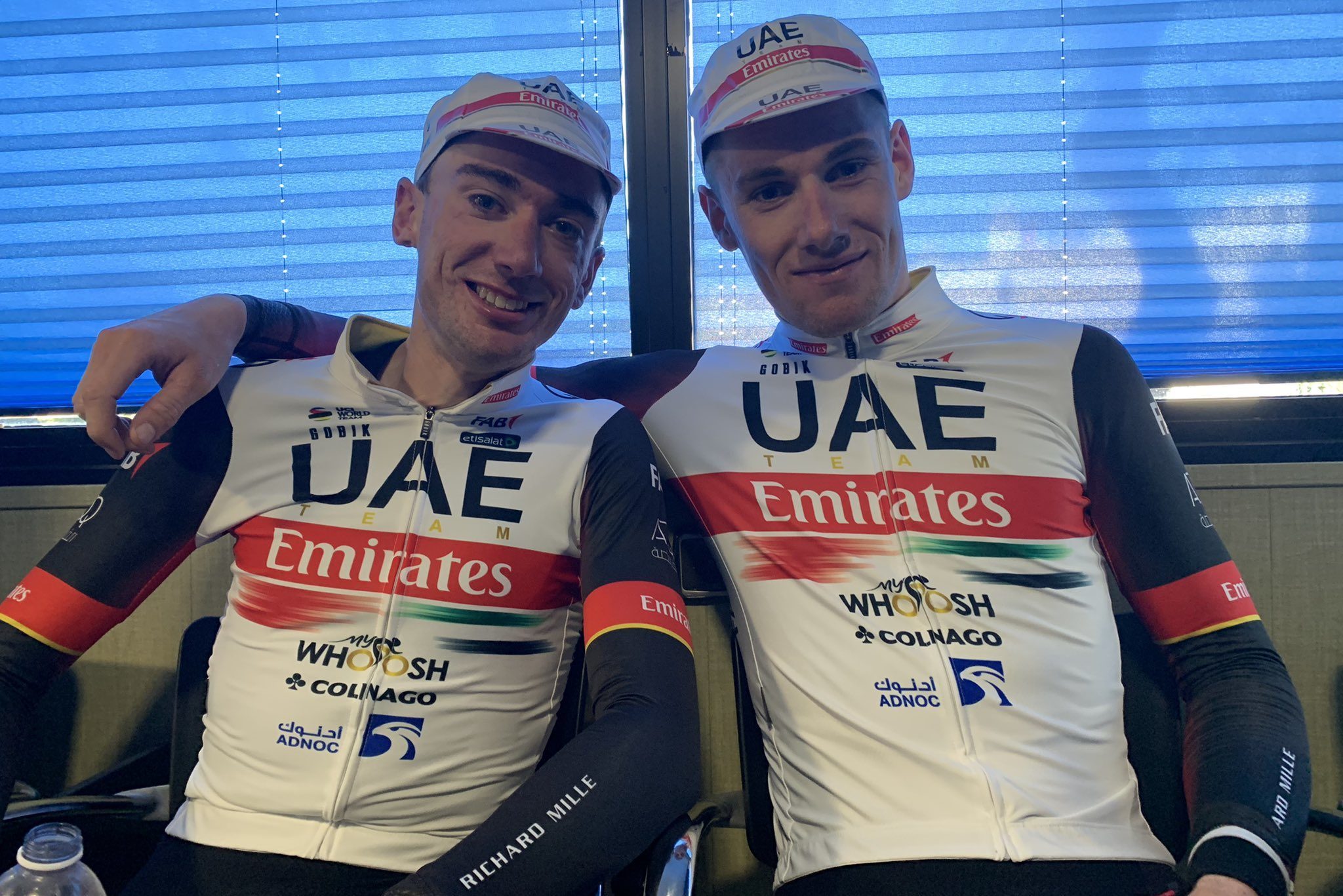